Book 1 ~ Lasera: Published in June 2015, and set in Kamloops, British Columbia, Canada. Buy direct from me here.
Blurb:
I should’ve died in that pool. A merman saved me.
Seventeen year old Valerie used to want the ripped lifeguards to rescue her, but her perceptions explode after a freak diving accident at the local pool when she’s rescued by a shy, intelligent merman named Wyn. A year before, a drunk driver killed her parents and the only thing that keeps her going is her training—she’s a champion diver—and she still spends every waking moment in the pool. Initially Valerie thinks she’s going crazy and hallucinating. But she learns that her mind isn’t making him up; it’s because Wyn saved her that she can now see him and others can’t. Wyn’s ability to see her clearly, touches her heart. What confuses both of them is why have Wyn’s captors trapped him in a public pool surrounded by humans? Valerie finds out the captors are moving Wyn to a more secure scientific facility in just three days. How can she save him?
Pre-order the next in the series direct from me here.
You can also read all about the Mer world Valerie is introduced to on The Mer Archives Website. Purchase from your favourite e-retailer here.

Prequel Short Story: Once Upon a Blue Tide
This is a FREE story that sets up The Mer Archives.

Get it for FREE now

Fairytales with all the classic elements and more. Additional info and blurb/pre-order link coming soon

These time-travel romance ‘novels’ are going to be serial style. With episodes and seasons. They’ll be available on Kindle Vella, my Patreon, and my personal webstore for microtransactions. Posted every Saturday at 6am. Each book “season” will be 50 episodes long. Readers can buy individual episodes, special collections of 25 episodes or an OMNIBUS of all episodes in the novel/season once they’ve been published.

Book 1: Marie & Cassius
Blurb, pre-order and cover will be up soon.

In addition to all the above novels I have at least 20+ projects in progress and some fan fiction novels in licensed worlds that will eventually be going up on Wattpad. I’m so happy to have even a fraction of the stories in my head out in the world. See below as that is always me:

There will be six short stories in this series all about different women in the scriptures and told from their point of view. The first two have already been published. More are coming.

I have a sci-fi inspired short story that is in the midst of being published to all retailers. It is under my new penname Natasha Richardson.
Here’s the cover 🙂

I have both a poem and a short story, Mommy’s Got a Gun, published in the anthology Away From Home. It can be purchased through the Kamloops Interior Authors Group here: Collected Works

I have a story in the Chicken Soup for the Soul Christmas in Canada edition titled “A Christmas Box Bigger Than Me“. It can be bought at most book stores or on Amazon here.

Two of my letters to the editor were published in the Kamloops Daily News as well.

In 2015, I wrote a poem honouring Canadian Soldiers from the past, our present and our future. Being the video enthusiast that I am, I put the poem to music and added images. A poetry collection is forthcoming. The video I did for this poem is below.

Eventually I am hoping that everyone who reads and visits this site will be able to read my published works and develop their own opinion about my style of writing.
There are however, a number of influential authors that I hope to reflect in my work (specifically for novels) while still making my own way. I loved the intricacy and depth of J.K. Rowling’s plots in the Harry Potter series. I also loved the classic romance in Stephenie Meyer’s Twilight series and how her books were character and relationship driven. Christopher Paolini’s Eragon books are amazingly detailed and have some wonderful examples of imagery. 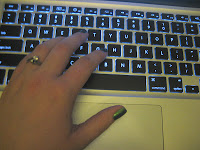 For my own writing I’d love to mix the intricate plot detail of J.K. Rowling with the classic romance and love of Stephenie Meyer, add some wonderful images like Paolini did and throw in just a hint of Jane Austen like wit.