Yup, you read that right. What this world really needs is yes, more kindness. But in the lack thereof please at least have a little tact! 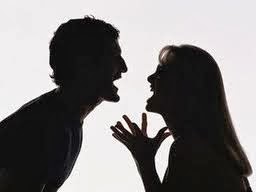 We live in a world where so many harsh and ugly words are constantly exchanged and used in day-to-day conversation, that it is a truly sad state of affairs. Too many times a person states something that is harsh or cruel. Sometimes upon seeing others raised eyebrows and incredulous expressions the abrasive person will back track a little and say, “Well it’s the truth”, “I call it as I see it” or “I’m not going to apologize for how I feel”, or even the dreaded “Oh I was just joking”. All of the above phrases are simply excuses for being rude. And even though a person shouldn’t be reprimanded and such for feeling a certain way I have never heard anyone state “I’m not going to apologize for how I feel” in a way that is at all kind or tactful. And maybe in some cases the above phrases might actually be said in a good way, but both phraseology and tone are major components of tact.

My thoughts are dwelling on this topic lately because of this article: Letter to My Daughter After Watching The Bachelor. (this blogger totally got down everything I wanted to say and more, so I focused in on having tact) Most of the time I’m only able to watch maybe one or two episodes of bachelor/big brother type reality shows before I can’t stand anymore. It is one thing to speak your mind and be an independent person who owns their feelings, it is entirely something else when what you say is meant to inflict injury or pain. Cattiness, revenge, and vulgar vocabularies are all things that count against you. It will be hard to get/keep a job, friends will leave you, relationships will fail and connections with people you know will be superficial if a person is incapable of learning a little tact.

The hardest of these is when a person means well, but continually alienates and offends others because they have not learned the much needed ability of conversing with eloquence and grace. And it truly is a learned skill. You are taught how to be cognizant of someone else’s feelings and experiences while talking. You are taught how to listen intently and then respond accordingly, instead of interrupting and bull-dozing in with your own opinions. You are taught how to choose your words and moderate your tone.

Some might say that you spark more discussion and get noticed more if you’re abrassive or hype-up controversy and anger. In the case of media and blogging that is certainly true. Headlines that are accusatory or blog posts with harsh words are much more often clicked than those that are more moderate. I recall one blogger specifcally stating that he wasn’t going to tone down his comments or posts because those harsher words and phrases equates to more people reading his blog. And you know what? He’s right.

But that’s not what I want. That’s not what I want this blog to be. There will on occasion be a post that leans in a ranterly direction. But that’s part of life. We all get upset sometimes. However despite the fact that some issues and people really do make me want to rage against the world, I have made a conscious choice not to. I will post points that I think are relevant, and I will debate things, sometimes even controversial things, but I will always try to have some tact and to make actual points. Hence my lack of excessive use of ALL CAPS (which on the internet is most often equated with yelling) and tons of exclamation points!!!!!!!!!!!!!! I admit that I can’t please everyone though, some things I say will not be liked by everyone. But I reserve the right to disagree with you, and it would be really nice to not have you fly off the handle and get upset and start ranting and raving.

So let’s make sure we’re using the tact we know we have, learn some if we’ve got a weakness for being abrasive, and let’s also make sure we’re teaching our kids to be good, kind, considerate and tactful people.

Recipe Recap: With the depression I’ve been dealing with, yeah it was mostly chicken nuggets and frozen pizzas for dinner. Boo! That’s changing though. Yay!

Dinner This Week: Beef Barley Soup — I’m going to make this recipe as is (except put it in the slow cooker on low instead of a soup pot) and then let you guys know what I would’ve changed and altered for next time.
Dessert This Week: Cranberry Bars — these sound really good 😀
WAM Moment of the Week:
– changing the garbage and my son puts his head in the can once there was no bag in it and says doh doh doh. To hear the echo. I’m like GAH! No! that is so gross dude! He has yet to do it again, but can I really blame the kid? When he was yelling into that can it really did make a good echo. 😐 🙂
Cheers!
Don’t forget to
Like me on facebook,
Follow me on twitter,
Be my Friend on goodreads
Connect with me on LinkedIn
or follow my blog >>