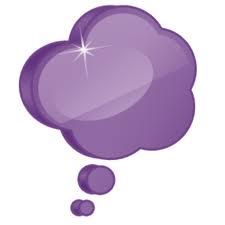 So anyone with even the smallest tiniest creative bone in their thumb knows that when an idea takes you it’s pretty dang awesome. But for all of us whose creativeness is something we absolutely thrive on, well, it can sometimes be a hinderance. That’s what today’s post is gonna be all about. (Hooray for being back on the wagon for posting! Although book reviews don’t start up again until Aug 16th, but that’s coming up fast 😀 )

Like recently, I was exhausted after a day with my two kids and ready to crash. I’d just finished reading an email and was settling into my pillow when my brain started chugging. I’ve got this whole love/hate relationship thing going on with novels turned into movies and I’ve had a number of ideas churning in my brain on the subject. This particular night, my brain twisted on this whole new concept of it. I’m actually so excited about it that I won’t mention exactly what this concept was, because I hope to implement it and put up a website for it soon. (After I’m well into book 2 of Lasera of course :D) But the concept I figured out isn’t the point. The point is that after going to bed at 10:30 I was up until past 2am thinking about it!! Gah!

I know, I know right? I’ve got a 3-year-old and a 6-month-old, what in the heck was I doing just lying in bed thinking about this awesome new website for 3+ hours? I should’ve been sleeping, but someone else needed to tell that to my brain, cause every time I tried to halt my thought processes and actually sleep I’d think up some other detail that would spawn a whole new thought path.
It’s a real problem. Being too creative. Nope, scratch that, the problem is not being able to shut off the creative when it’s an inconvenient time.

There’s a reason why writers carry notebooks around, artists bring their sketchpads everywhere, and musicians are rarely seen without the added luggage of their instruments. It’s because for all of us creative types, inspiration can, and truly does, hit us anywhere and anytime. It’s great and wonderful, but the flip side is how hard it is when those creative bits encroach on what we need in order to function and survive. Like SLEEP! Oh my goodness, (and yes there is a post coming up soon about the ever so much importance of adequate sleep) is it too much to ask that the inspiration come, I don’t know in the morning or afternoon maybe? Not a chance, it never fails, my best ideas hit me the second my head flops onto the pillow or somewhere else just as aggravating like while I’m in the shower  (“never fails, you get in the bath and there’s a rub at the lamp” lol)

Honestly, we have to write it down when that great idea comes to mind, cause do you think we can remember it even 30 seconds later? That’s a huge N to the O. I’ve had it happen. Thought up the perfect blog title for the subject I wanted to write about, just the right mix of play on words and tone to exactly be what I was going for. Could I think of it again 30 seconds later when I stopped what I was doing and had just pulled out my phone to type it into my notes? Nope. So now I have to settle for what just might be a second rate blog post title. Although come to think of it I really like the new one I came up with and as I can’t remember the old one, maybe this one is better? (And no it is not the title for this post) This goldfish like remembrance habit is fairly typical of the curse of the creative, at least in my experience (if you’re a creative and don’t have this, please contact me, like now, as I so want to pick your brain and figure out how to make it work on me)

How do creative types combat this curse? We don’t, and mostly we shouldn’t. As hard as it is to be tired, irritable or late because inspiration hits at the wrong moment, for the most part, I think the world will cut us some slack. Because when all is said and done, some of the most beautiful, genuine and breathtaking things have come from those little moments of inspiration that we need to take a beat for.

So next time you see me, or any of your creative type friends, with bags under our eyes, it probably means we were struck by lightning with some sort of great idea or inspiration in the middle of the night. That or in my case it might’ve been because my kids were up umpteen times during the night, but let’s stay positive and hope that it was cause I just couldn’t stop thinking about my next big creative idea. 😀