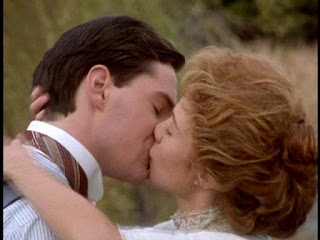 If you’re unfamiliar with Anne of Green Gables then this post will probably not make much sense to you.

To quote her “I can’t help flying up on the wings of anticipation. It’s as glorious as soaring through a sunset… almost pays for the thud.”

I love both the movies and the books. I haven’t been in most of the situations and predicaments Anne got herself into but I imagine if I did find myself in her shoes I’d act the same way she did most of the time. (I probably wouldn’t walk the ridgepole of the kitchen roof, but I most likely would faint in the haunted wood).

There are both ups and downs to having this type of personality and imagination. I love being excited about things. I like to be enthusiastic about the little stuff. At times I become very giddy and school girl like >> most especially when I’m around any of my sisters. It brings a profound sense of joy and links me back to my childhood to have this type of enthusiasm.

With such an imagination though (I’d definitely classify it as over-active) I tend to scare myself way too easily. I watched a number of episodes from the ‘X Files’ with my husband. Before even getting halfway through the first season I had to stop watching. Way too creepy and giving my brain too much fodder in the stimulating scary images in my imagination part.

I can do certain types of suspense. I loved the Sixth Sense, but I have to be really careful.

I can’t do horror. Movies, books, short stories, you name it. I read Stephen King’s ‘On Writing’. Loved it. In fact it made me want to read a number of his books because he (obviously) doesn’t tell us the ending when he references them. I’ve resisted the urge to pick these books up however. Not because they’re not good, but because they will be entirely too good. I’d probably have to sleep with the lights on for weeks and only be able to fall asleep while listening to upbeat Disney songs, so my brain could keep out the scary images.

I distinctly remember one particular night where after watching an episode of ‘Supernatural’. I love me some Winchester boys. “Mmm, pie.” But this episode ‘Family Remains’ in Season 4 was just way too creepy, too scary. I couldn’t sleep. I had to get out of bed and go watch a couple of episodes of a stupidly funny sitcom (Everybody Loves Raymond) just to get my imagination back under control.

I have to say though being an ‘Anne’ is great. I definitely miss out on some things like good horror movies and books, and don’t like having to deal with the fear that sometimes comes from my over-active imagination. But I love the excitement, I love the joy of feeling and anticipation. It’s a huge part of who I am and I love it.

Is anyone else out there an Anne? I’d so enjoy hearing about your experiences.

Maybe we could even be ‘bosom-friends’. 😀